George is a radio speaker and evangelist who has presented the Gospel throughout Australia, South East Asia and in America over many years  He is also an accomplished violinist  and along with his wife Rita is co-presenter of the  Communication Radio program. George also does one minute spots on FM 103.2 in Sydney each weekday 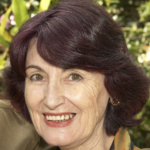 Rita is a prolific songwriter, singer and artist. She  draws magnificent pictures to accompany George’s messages. Rita is also a published author. “Fire in the Rock” was her fist novel. Her second- “Signed, Sealed & Delivered”  was released in September. Rita co-hosts the Communication Radio programs and co-writes each episode with George.

John has many strings to his bow. He is a photographer by profession. He makes TV programs for TVS Sydney and Digital 31 in Brisbane. He does recording work for the Bible Society. He has been the producer of Communication Radio programs since the Communication started recording their programs on digital. 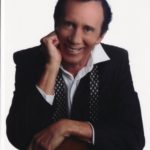 Allan  retired in 2006 after  50 years of service with a large retail company–30 of those years as Human Resources Manager. He has been involved in Christian ministry  all his adult life. He sang in the Young World Singers for 7 years and has trained numerous choirs and singing groups over the years. After retiring he joined the Communication Team as Secretary/Treasurer. 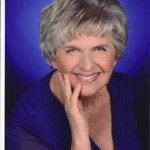 Judy was a School Teacher for almost 20 years. She was involved for many years in children’s ministry. She and Allan have worked together in many ministries in the local Church  including music and  assisting the Pastor in multi media  backup. She and Allan are the parents of 4 adult sons.